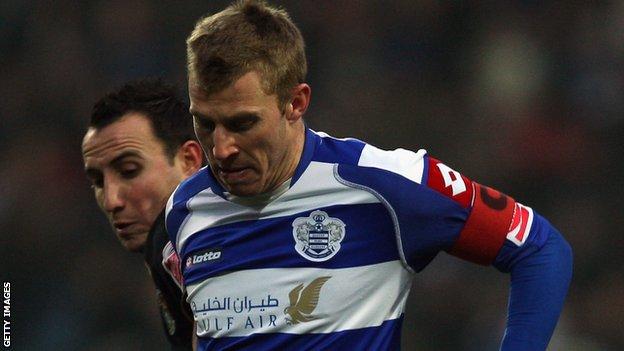 Colchester United have signed midfielder Martin Rowlands until the end of the season following his release by Queens Park Rangers on Tuesday.

The 32-year-old former Republic of Ireland international joined Rangers from Brentford in 2003 and went on to make 217 appearances.

His last game for the London side was a Carling Cup loss to Rochdale in August.

"After speaking to the manager it seemed the right place to go to," he told BBC Essex.

"There were a few options but this is the one that I chose.

"I just want to get back playing and playing regular football. We can see what happens in the long-term future."

Rowlands has played 10 League One games already this season, during a three-month loan spell at strugglers Wycombe Wanderers.

He has won five caps for his country and has made 367 appearances in total during his career and scored 53 goals.