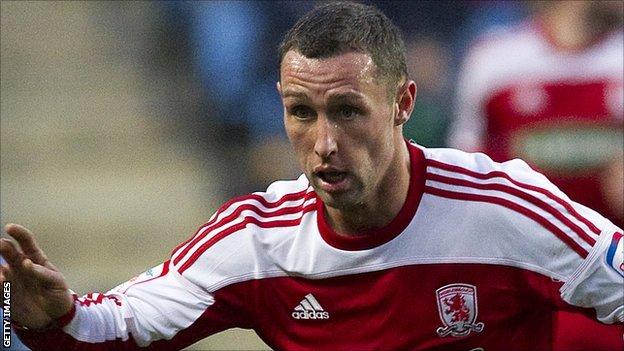 Middlesbrough could be without Scott McDonald for up to eight weeks after he was withdrawn with a knee injury in Wednesday's 2-2 draw at Leicester.

The 28-year-old striker suffered medial ligament damage late on in the second half, after netting his ninth goal of the season earlier in the game.

"He's desperately unhappy in there, and it's another big loss for us."

McDonald joined Boro from Celtic on the close of the transfer window in February 2010, and has scored 27 goals in 82 league and cup games.