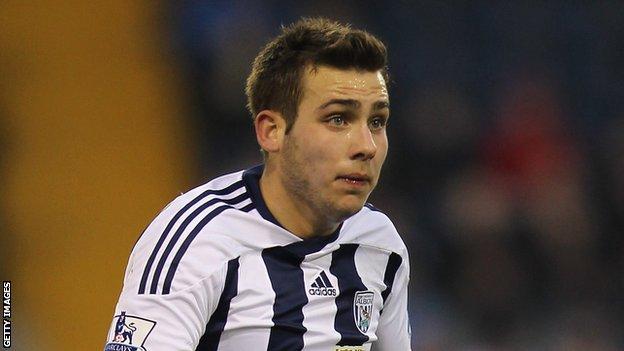 Brighton & Hove Albion loan signing Joe Mattock is aiming to impress during his time at the club.

The 21-year-old left-back has joined from Premier League side West Brom until the end of the season.

He told BBC Sussex: "I'm ready and up for the challenge. I've got to push myself, work hard and train well and hopefully I'll be playing.

"I am looking forward to playing the Brighton way and working with a manager who wants to work with me."

He added: "After my short loan period a couple of months ago I went back to West Brom and I wasn't playing.

"I was really pushing for myself to go out on loan and I've come to a great club to be at.

"The way Brighton have pushed themselves up from League One and are aiming high. It's something I want to be involved in."

Mattock can play in the play-offs should Brighton continue their promotion push until the end of the season, and the former England Under-21 international says he may consider a permanent move away from the Hawthorns.

"It's definitely something I need to be thinking about," he continued.

"At the time now, I need to be focusing on playing my games and playing well. But towards the end of the season I need to be thinking about the long-term.

"I'll look at my options in the summer."