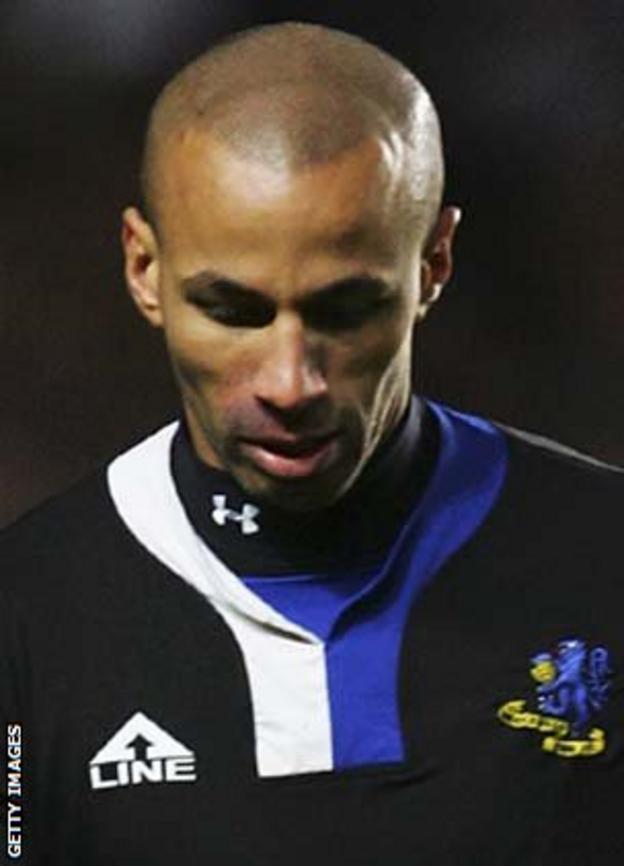 Fit-again Carl Regan has promised to prove to Shrewsbury Town fans he is not a "forgotten man".

Since signing from Bristol Rovers last summer, the 31-year-old has made just seven appearances, but returned for last week's derby win at Hereford.

"I've got to show what I'm made of to the management - and to the fans, who've probably forgotten who I am," Regan told BBC Radio Shropshire.

"Being out for so long has been the darkest time of my career."

He continued: "It's frustrating seeing the other players train and then play, and I've had to keep myself focussed - but the backroom staff at Shrewsbury have been marvellous."

And he has relished being included again in a team right up in the League Two promotion mix.

The Shrews are currently fifth in the table, but have three straight wins under their belts - two against promotion rivals Gillingham and Southend.

"I know there's a heavy weight of expectation on the players to win promotion, as Shrewsbury have been the nearly men so often in recent years," he added - referring to two play-off finals and one semi-final defeat.

"We want to go up automatically, but we're not thinking about it - we're just going into each game looking for the win, and we'll see where it takes us by May."