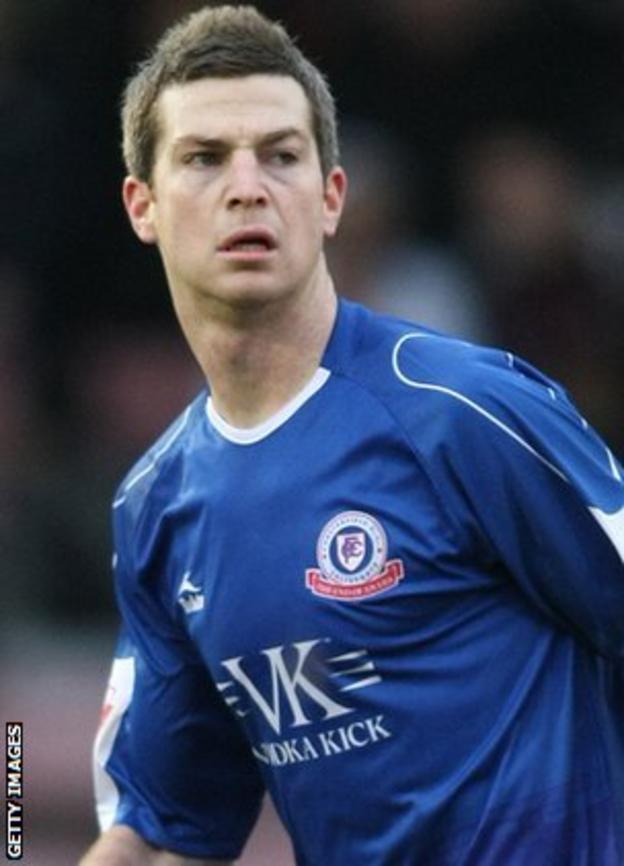 Bristol Rovers loanee Aaron Downes is set to miss the rest of the season with a knee injury.

The 26-year-old joined the Pirates on loan from Chesterfield in January and had recently extended his stay until the end of the current campaign.

The centre-back has made six appearances for the League Two club.

"We're really gutted for ourselves and for the boy. It looks like he'll be out for a significant amount of time," boss Mark McGhee told BBC Radio Bristol.

"Worst case scenario, he won't play again for the rest of the season.

"When you go back to the Cheltenham game, we've lost three of the back four that started that day and kept a clean sheet - it's unbelievable."

The Australian-born defender made 13 appearances for his parent club at the start of the current season.

He arrived at Rovers two days before the sacking of former manager Paul Buckle and has started every game since the appointment of McGhee.

Despite his injury, McGhee has not ruled out the possibility of keeping Downes at the Memorial Stadium.

"He's impressed me already so now we need to take stock between now and the end of the season to see how he feels here, and how we feel," added the Scotsman. "We can't start talking about it now but there's no doubt that Aaron Downes would do for me."