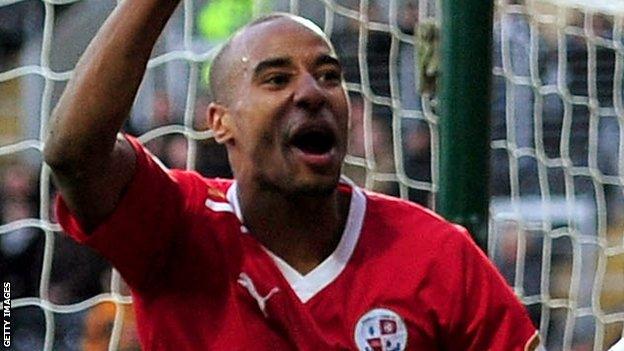 The Posh boss made offers for defender McFadzean, 24, and 26-year-old striker Barnett before Tuesday's deadline.

However, he has denied reports he was ready to spend almost £2m on the duo.

"I don't think it was £1.9m. They're two we identified but of course clubs are entitled to reject our bids," he told BBC Radio Cambridgeshire.

"A lot of clubs have been in for Barnett. He's a big strong centre-forward and technically he's good enough and we wouldn't have to change the way we want to play.

"He would definitely give us a different option.

"McFadzean's a young up-and-coming centre-half who's comfortable on the ball as well."

Meanwhile, Ferguson will be stepping up his search for Ryan Bennett's replacement, after the defender was

Bennett has returned to London Road on loan until the end of February, but his departure would leave Ferguson with Gabby Zakuani as his only senior central defender.

The Scot says the sale of Bennett included the option of taking two Canaries players on loan, but has yet to decide whether to go down that road.

"They've offered a couple of players, it's in the contract. So that's a possibility at the end of the month," he explained.

"It's the time of the season where I feel it's one I need a bit of experience with in that position.

"There's ones on the list and ones we're going to look at in the next 28 days, ones we have looked at and ones we bidded for - like the two lads at Crawley."

Chairman Darragh MacAnthony had earlier revealed on Twitter that Posh have agreed a three-year pre-contract with an unnamed defender.

The player's deal at his current club expires in the summer, at which point he will move to London Road.