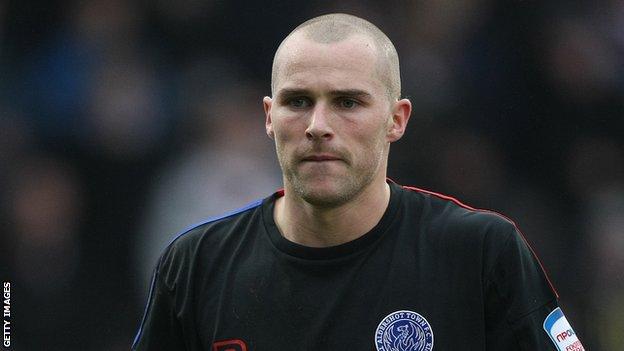 Aldershot captain Ben Herd believes the club should still be targeting a finish in the League Two play-off places.

The Shots currently sit nine points above the relegation zone, and are 12 points behind seventh-placed Oxford.

He told BBC Surrey: "It's a massive three months. Last year we went on a great run when the gaffer [Dean Holdsworth] came in.

"If we can get that buzz around the place again, the momentum and confidence breeds very quickly."

The Shots ended a run of six games without a win with a 2-1 victory at AFC Wimbledon last weekend, and Herd believes the result can help them turn the corner.

"Sometimes our performances have warranted better than the results suggested," the 26-year-old added.

"There was a real good feeling about the team at Wimbledon and everyone worked hard together. It was backs against the wall but those are the best victories.

"It was a pleasing result and the manner of the result as well.

"The work-rate and commitment couldn't be questioned.

"Hopefully we can give the fans a bit more positive news in the next three months and push up the table."