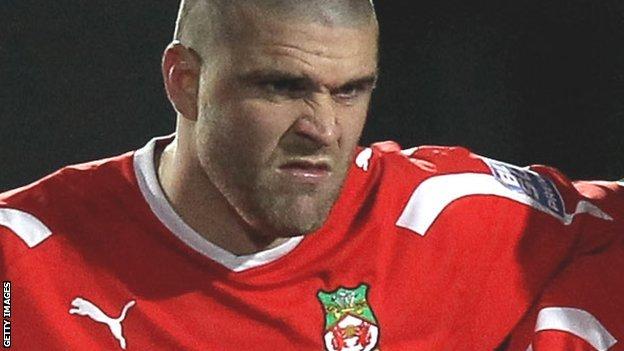 The 30-year-old, who joined from Oxford United in January 2011 after an initial loan spell, is now tied until June 2014.

Manager Andy Morrell has also given Glen Little a deal until the end of the season.

Former Premier League midfielder Little, 36, had been on a month-to-month agreement with the Dragons.

"Our supporters know just how important a figure Mark has been for us since his arrival, so to get him on a deal for another two years is great.

"I'm also glad to we have sorted Glen out, as his experience in the game could well be vital as we enter a vital stage of the season."

Creighton has established himself as a regular in the Wrexham defence, missing just one league game this season.

Little has played more of a bit part role since joining on a free transfer from Aldershot in the summer of 2011, making one start and eight substitute appearances.