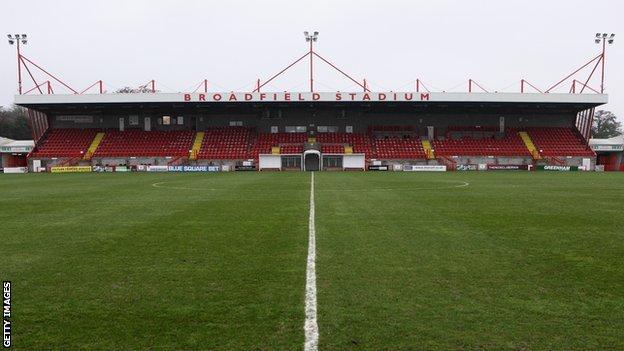 The Reds turned down an offer of nearly £2 million from Peterborough for striker Tyrone Barnett and midfielder Kyle McFadzean on deadline day.

Carter told BBC Sussex: "You could let the player go but then you've got the money and a problem. It's not easy to replace players with decent quality.

"We'd rather not deplete the squad after Matt Tubbs went."

On Monday striker Tubbs joined AFC Bournemouth for a fee of around £800,000 after scoring 58 goals in 78 games for Crawley.

Manager Steve Evans strengthened his forward line with the addition of Billy Clarke and Karl Hawley on Tuesday and Carter says it is important they kept the core of their squad together to maintain their push for a second successive promotion.

She added: "We didn't want too many going out in one go.