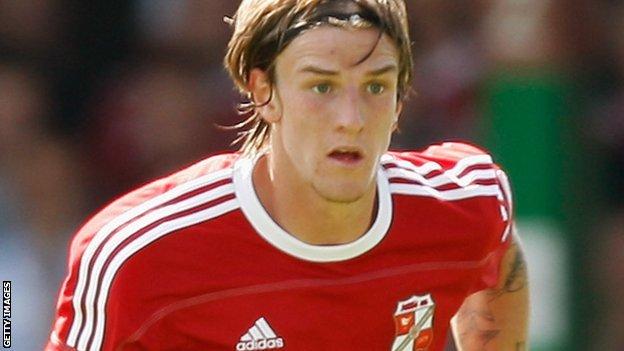 Swindon Town defender Aden Flint is set to miss the rest of the season with a groin problem.

The 22-year-old has been sidelined for the last two games and will see a specialist on Friday to determine whether he needs surgery.

Manager Paolo di Canio told BBC Wiltshire: "There are two ways - surgery straight away or wait and see what goes on with his recovery.

"But the season is finished for him, that is the reality."

Di Canio continued: "He could recover without surgery and have injections and play the final push but this is not fair.

"Yesterday he asked me 'if you were me what decision would you make?' but I said 'I can't tell you because I'm not a surgeon'.

Swindon paid Alfreton £150,000 for Flint last year - a club record fee for the non-league side.

"I told him to speak with his family - not his agent or people around him who don't know anything. Your family speak with their hearts, and maybe try and pursuade you to make the right decison.

"He has to relax and see what he wants to do."

Flint arrived at the County Ground from Alfreton in January 2011 on a two-and-a-half-year deal.

He played three games last season but has become a regular part of Di Canio's defence this term, making 29 appearances in all competitions.