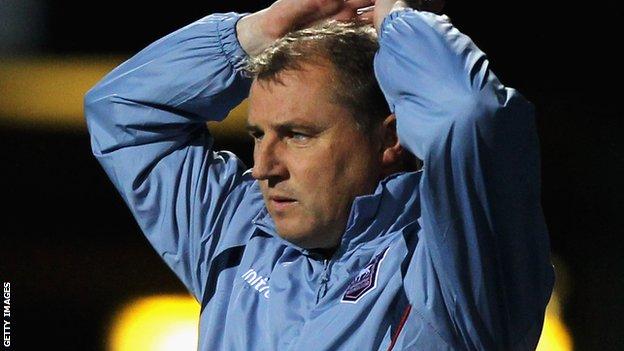 Town ended a seven-game run without a win with an emphatic 5-1 victory over West Ham on Tuesday.

"I'm pleased for the owner," Jewell told BBC Radio Suffolk. "He's been a huge supporter of me through a really difficult period.

"There will be difficult periods along the way but he's got a long-term vision. I want to see that through."

Evans is said to have "huge confidence" in Jewell's ability to turn fortunes around at Portman Road.

The result against the Championship leaders lifted Ipswich two places and takes them seven points clear of the relegation zone.

Jewell is aware his side's problems have not been dispelled by the victory, after a run of form that has seen them secure just three wins since the start of November.

"One win doesn't make everything right and we're in a sticky situation," he said.

"But when you're going through a horrible time in football what can keep you going is the support of the guy who makes the decisions and has the same vision as you."