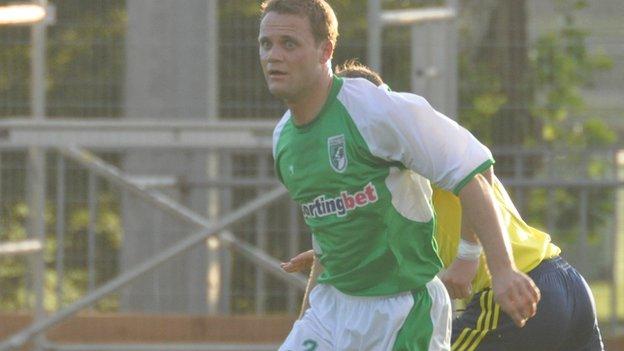 Guernsey FC boss Tony Vance says his side are focused on trying to win the Combined Counties League Division One title after a 5-0 victory against Frimley Green put them 10 points clear.

Simon Geall gave the Green Lions a 19th-minute lead before Ryan-Zico Black made it 2-0 just before half-time.

Ross Allen got the third from the penalty spot after 55 minutes before Frimley had a man sent off.

"We just want to try and finish the job," Vance told BBC Guernsey.

"At the moment we haven't won anything and our focus for the moment is that these guys keep going.

"It's been tough to be fair, tough on commitment, but the boys have responded really well and the support that we get had been fantastic."

Meanwhile Guernsey have been drawn away to Staines Lammas in the quarter finals of the CCL's Premier Cup on Wednesday 29 February.