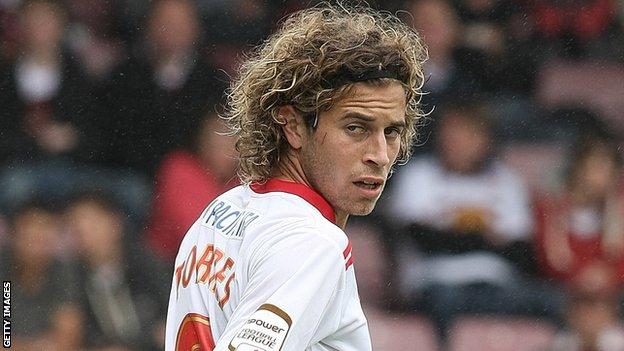 Crawley Town midfielder Sergio Torres believes the next month will define their push for promotion to League One.

The Sussex side face fellow promotion-chasers Cheltenham, Swindon and Shrewsbury in February.

The 28-year-old told BBC Sussex: "I was looking at fixtures the other day and we've got a few tough games coming up, playing the top-four.

"It's massive, and I think February will decide where we will be [playing] next year."

He added: "When I joined the club 18 months ago the aim was to go to League One in two or three years. We're looking good to do it this year."

Meanwhile Torres has hailed the impact Matt Tubbs had at the club after the striker joined AFC Bournemouth during the January transfer window.

"We didn't want to lose Tubbsy," the Argentinian continued. "He's been our best player in the last 18 months, scoring many important goals.

"But he's a great lad and we all wish him the best.

"Everyone wants to play as high as you can and it's a good chance for him to move forward."