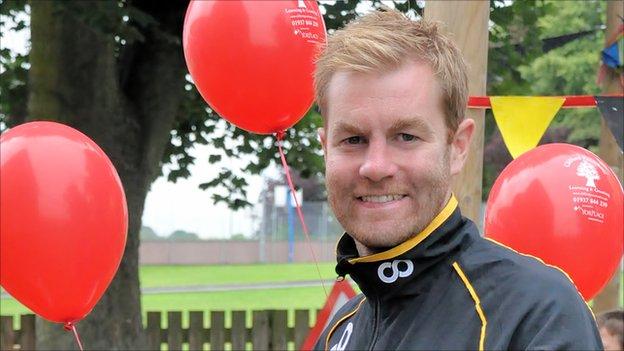 Harrogate Town have signed striker Chib Chilaka until the end of the season after he was released by Blue Square Bet Premier club Braintree Town.

The 25-year old had a spell at the CNG Stadium last season on loan from Bradford City when he scored three goals in eight games.

Harrogate manager Simon Weaver told BBC Radio York: "It's great to have him in the squad.

"We're surprised Braintree let him go so easily but their loss is our gain."

He added: "There are some good forwards in our squad right now and they're playing well.

"He'll only add to the competition for places which should raise the standard again.

"I'm really pleased with it especially because it was Chib who rang me up and said 'I'm wanting to come back home to Harrogate'.

"It's where he feels most comfortable playing the football at and hopefully he can come back and he'll get the fans talking and excited.

"He certainly performed well for us in his stint at the club last season.

"We're delighted to have him on board."