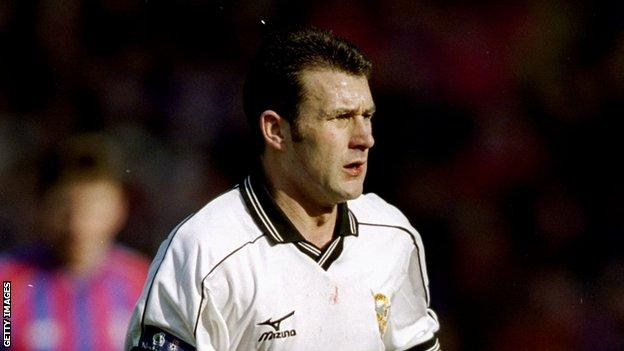 Newly-appointed Eastbourne Borough manager Tommy Widdrington is aiming to lead the club back to the Blue Square Bet Premier.

The former Southampton midfielder takes over from Garry Wilson following a spell in charge of Hemel Hempstead.

Widdrington told BBC Sussex: "My priority is to stabilise the slide that has gone on up until now.

"The club have experienced the highest tier of non-league football and people would itch and yearn to be back there."

He added: "Ultimately that's what I want to do."

"I want to stabilise the club and make sure we are in this division to plan again for future campaigns," Widdrington continued.

"We've got to stop being a team that gets beat every week, and every player will get an opportunity to make a good first impression.

"I'm committed to a longer-term project at this club. I want the supporters to be proud of their club."