The England captaincy has, once again, been vacated under the stewardship of coach Fabio Capello.

Both John Terry and Rio Ferdinand have been given the responsibility in the Italian's reign, only to see it taken from them in controversial circumstances.

The Football Association stripped Terry of the armband on Friday while he awaits trial over racial abuse allegations, while Ferdinand has told BBC Sport he does not wish to be considered for the job this time around.

Terry, who lost the captaincy once previously, has entered a plea of not guilty to the charge.

It all means a new man is set to take the armband and the honour of leading England out at Euro 2012.

Who will that be? We've picked six possible candidates. Have your say on Twitter using the hashtag #bbcfootball. 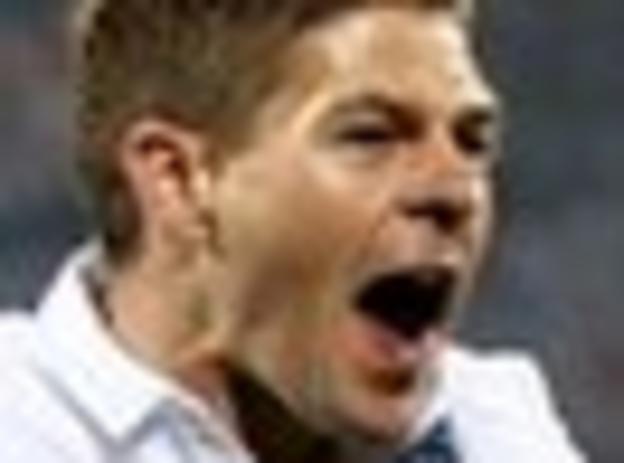 The current England vice-captain, who skippered the national side during World Cup 2010, will be 32 by the time of Euro 2012.

For many, his experience and the ability to take the game by the scruff of the neck makes the decision to give the Liverpool stalwart the role on a permanent basis a no-brainer.

Time and time again he has been the saviour for England and his club, recently returning from a long lay-off to score the goals which took Liverpool into their first Wembley final in 16 years.

AGAINST: Fitness. Gerrard missed the second half of the 2010-11 season with a groin injury and then, having returned in October, picked up an infection in his ankle.

And there is also his age. Would Capello, who in the past has overlooked Gerrard when deciding on the captaincy, want to give the role to a player in the twilight of his career? 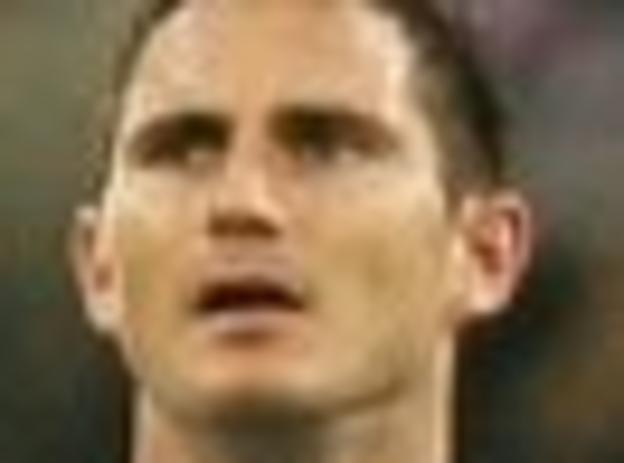 Like Gerrard, the Chelsea vice-captain is vastly experienced at international level and is closing in on 100 caps for England.

He has been one of England's shining lights in major international competitions, having been named in Uefa's team of the tournament at Euro 2004, while he was top scorer in qualifying for the 2006 World Cup.

He has undergone a renaissance at Chelsea and international level this season - captaining England to a 1-0 win over world champions Spain in November to prove there is life in the old dog yet.

AGAINST: Lampard was dropped by Capello for England's Euro 2012 qualifying match against Bulgaria in September, as the Italian coach picked Scott Parker and Gareth Barry in a new-look central midfield.

It was the first time in four years the Blues veteran had been dropped when fit and available.

Even though Capello is moving on after the campaign, does he want to hand over the captaincy to someone who will be 34 in the summer and who may be moved on himself by the new coach? 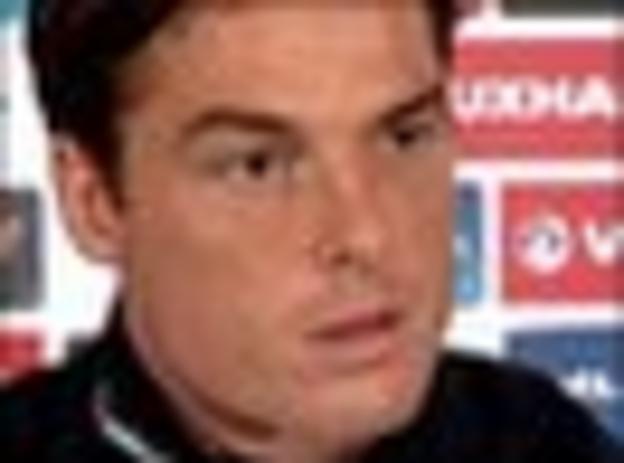 The new kid on the block - kind of.

Parker has become one of the most celebrated midfielders in the country, although it has taken him a while to blossom.

The ex-Newcastle player's battling qualities for a West Ham team set for relegation won him plaudits and the Football Writers' Player of the Year award in 2011.

He joined Spurs in the summer and has been one of the key figures in helping Harry Redknapp's side become one of the main challengers for the title this season.

Parker has stayed away from controversy - surely the natural pick?

AGAINST: Parker has yet to feature at a major tournament with Gerrard, Lampard and Gareth Barry previously being ahead of him in the order. That lack of experience may count against him.

And does he have the stature to lead players more experienced than him at Euro 2012? 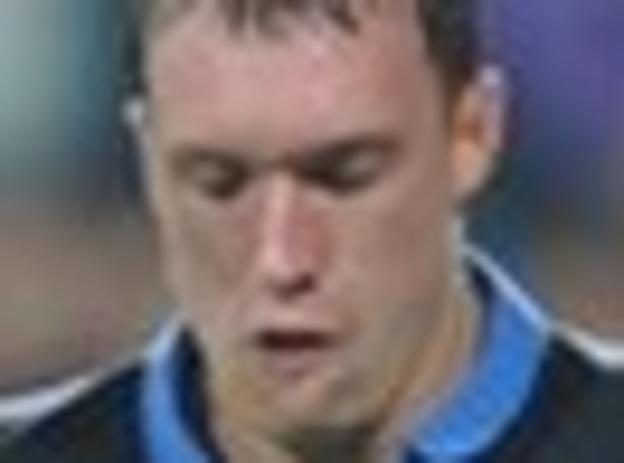 Wales picked 21-year-old Aaron Ramsey as their new captain, so who is to say Capello will not look to the future by naming the Manchester United man as his new skipper.

The Old Trafford club thought of him highly enough to pay Blackburn around £16.5m for his services last summer. He has played both at the back and in midfield for the champions this season.

His progression up the England ranks has been rapid and the Preston-born player won his first cap in the 2-2 draw away to Montenegro in October.

Comfortable at the back and a powerhouse going forward - he is set to be an England regular for years to come.

AGAINST: A future leader? Yes. A current leader? Questionable.

Although he has deputised for United pair Ferdinand and Nemanja Vidic this season, he has, on occasions, made mistakes - scoring own goals against Benfica and Newcastle this season.

Would someone so young be able to handle the pressure the England captaincy brings? 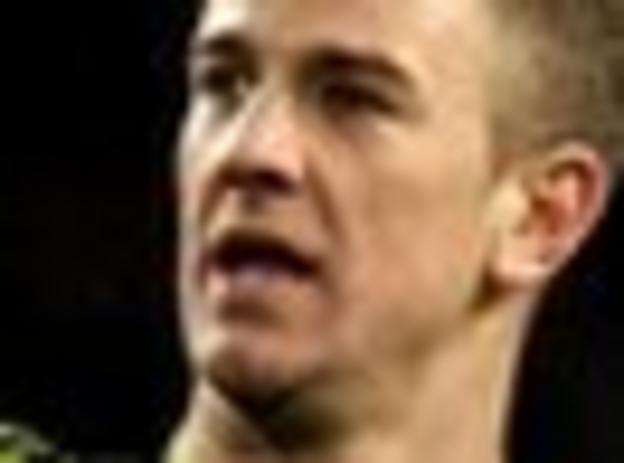 England have waited a while to find a goalkeeper who has the attributes that matches those of legends David Seaman and Peter Shilton, but Manchester City's number one seems to fit the bill.

Can a goalkeeper captain a side? Shilton did, helping England reach the quarter-finals at the 1986 World Cup.

Keepers are supposed to enjoy their best years after they turn 30, but Hart has already matured into one of the best stoppers in the league and pushed the more experienced former City keeper Shay Given out of favour at the Blues.

He already organises far more decorated players in front of him, so surely he would be able to take to the captaincy like a duck to water?

AGAINST: It is hard for a keeper rally the troops if he is 50 yards away. 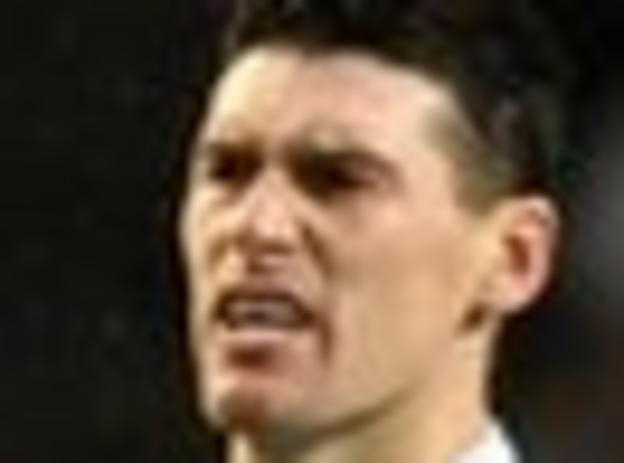 The midfielder has enjoyed a kick-start to his career at Manchester City.

Some questioned the £12m fee paid by City to Aston Villa for a player who lacked the pace and power of Gerrard and the goalscoring prowess of Lampard.

But Barry's key attributes are his vision, decision-making and position-play. Like Parker, he is unlikely to find himself on the front pages of newspapers and that would make him a good candidate for the England role.

AGAINST: The all-round good egg may lack the authority needed to be England captain.

And would he get into the first XI ahead of the rejuvenated pair of Gerrard and Lampard, and current golden boy Parker?