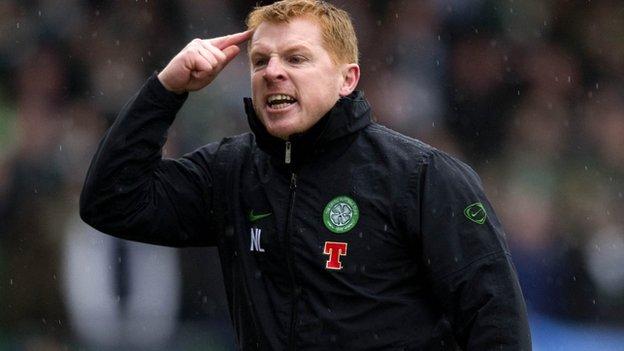 Celtic manager Neil Lennon says he was right to reshuffle his starting 11 for the 2-0 victory against Inverness in the Scottish Cup.

Lennon brought in Adam Matthews, Kelvin Wilson, Georgios Samaras and gave a rare start to Kris Commons, and he maintained the changes were justified.

"I'm trying to keep them as fresh as we can," said Lennon.

"The guys who came in today were fantastic - allied to the guys who grafting for the last three months."

An angled strike from Georgios Samaras in the 33rd minute opened the scoring for Celtic, then captain Scott Brown converted from the spot in the second half after David Proctor brought down Gary Hooper.

Lennon said he was delighted with the result and insisted it could have been a much higher scoreline.

"It was a great performance - and could have been three or four in the end," said Lennon. "I thought we were superb.

"I couldn't be more happy with that performance today.

"We're learning as we go along, and the players are as well.

"To come here, to a really tricky tie and play as well as that and come through it is fantastic. I can't pay enough tribute to the supporters as well - they were fantastic.

"In terms of chances created on a sticky pitch, I couldn't ask for any more - they were two great goals."

The win was Celtic's third from five encounters in the Scottish Cup against Inverness, sending the Glasgow club into the last eight of the competition, but Lennon insisted he was not contemplating the next round just yet and would focus instead on the next league match.

"I tell the players to take it one game at a time - it's the oldest cliche in football," said Lennon.

"But we have another tough game on Wednesday and they came through this test against Inverness with flying colours.

"We're in the quarter-final - but there's another two games to go before we get to the final, so we're not looking any further than that."