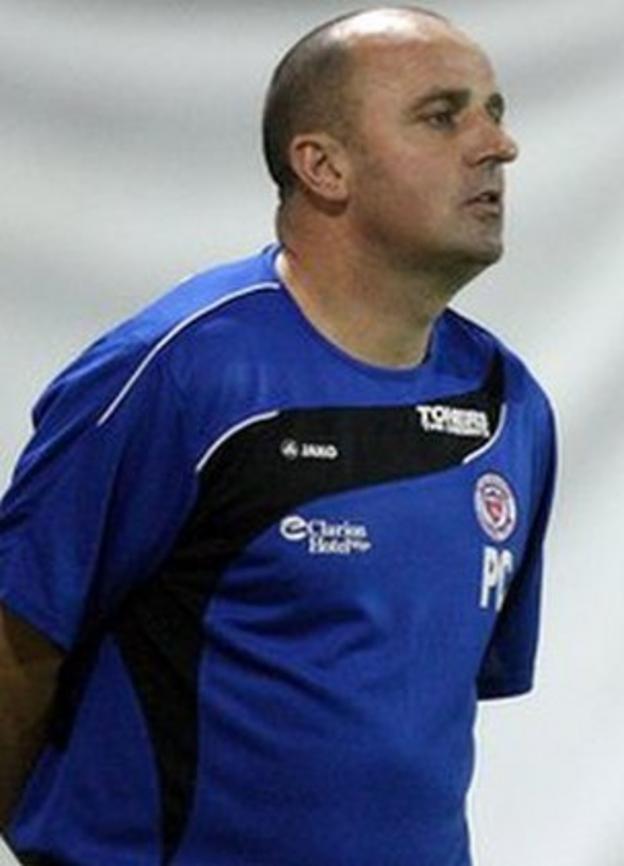 Cook, 44, takes over at the Crown Ground on a two-and-a-half-year deal following the departure of long-serving John Coleman to Rochdale last month.

He told the Accrington website: "It's with great sadness that I leave Sligo.

"But all my thoughts now are on trying to maintain the success that Accrington Stanley have enjoyed since I was here as a player."

Cook ended his playing career with Stanley in 2006 after spells with clubs including Wolves, Tranmere, Stockport and Burnley.

He spent nearly five years in charge of the Premier Division side, leading them to success in both the Irish League and FA Cup.

Stanley chief executive Rob Heys added: "We are delighted to welcome Paul to the Crown Ground and look forward to seeing him and Leam Richardson continue to take Accrington Stanley forward.

"Paul knows what the club is all about, he knows that he will have the support of everyone here from the board to the staff, the supporters and the players."

Cook, who spent a brief spell as manager of Southport prior to taking over at Sligo, will officially take charge of the side on Wednesday following Tuesday's match with Rotherham.

Current caretaker boss, Leam Richardson, will then move to the position of assistant manager.