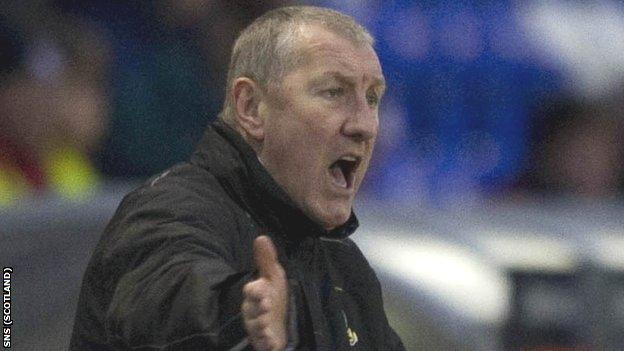 Inverness manager Terry Butcher described the 2-0 defeat by Celtic in the Scottish Cup as their "worst performance of the season".

Goals by Georgios Samaras and a Scott Brown penalty saw the holders progress to the last eight of the competition.

"I can't describe how disappointed I am," Butcher told BBC Radio Scotland's Sportsound.

"I've had my say with the players and they know where I stand. I'm disappointed we didn't turn up today."

And Butcher said the players had a lot to prove when they face Celtic on league duty next Saturday.

"We should be giving Celtic a better game than we did today," Butcher added. "That was like a practice game for them today.

"Celtic worked harder than us and that's a bitter accusation I can level at my team.

"That's not what we do, nor what we're all about. We just didn't perform."

On facing Celtic next weekend, he added: "That's a massive opportunity for everybody to bounce back and show me that they want to play for this club."