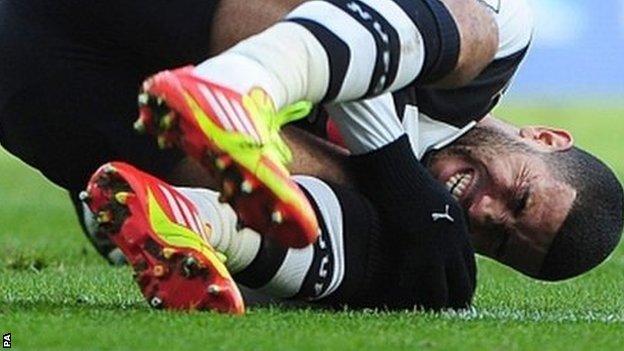 Newcastle United striker Leon Best will be out for a "number of weeks" after a scan revealed medial ligament damage to the right knee.

The Republic of Ireland forward limped off in the first half of Sunday's 2-1 win over Aston Villa following a challenge with Stephen Warnock.

Best, 25, who has scored four goals in 21 games this season, missed part of last season with an ankle problem.

He joined Newcastle from Coventry in February 2010 for an undisclosed fee.

Taylor, 27, was also forced off in the first half of the win although X-rays revealed there had been no fracture to the right leg, as initially feared.