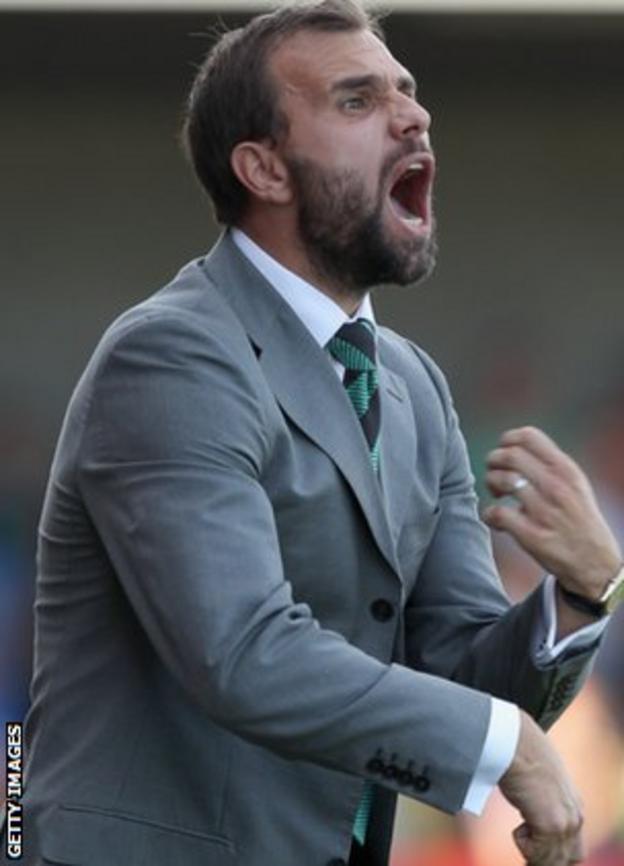 Plymouth Argyle boss Carl Fletcher says he has rarely experienced the desire that his squad are showing at present.

Fletcher's men came from 2-0 down to draw 2-2 with high-flying Southend United in League Two as they battle to avoid relegation.

"The never-say-die attitude in that changing room that we've got at the minute is a rare thing," he told BBC Radio Devon.

"In my years as a player I've probably seen it only once or twice."

And Fletcher says he is confident that his side will continue to improve if they can keep the attitude that they showed at Home Park.

"At the end of the day you can talk until you're blue in the face but it's down to the players to go out there and do what they need to do and they did that in the second half which was pleasing.

I thought the fans were great today, especially in the first half when things weren't going the way we wanted them to go

"The lads' character and their will to get back in the game and the desire to do well for themselves and the club was a real credit to them.

"It's channelling it in the right way and doing the right things and the lads don't know when they're beaten which is a good thing," he added.

But Fletcher was also keen to pay special praise to the Pilgrims supporters.

More than 6,000 fans came to Home Park to see former boss Paul Sturrock return for the first time since leaving the club last year, and Fletcher says the supporters' backing was key to their victory.

"I thought the fans were great today, especially in the first half when things weren't going the way we wanted them to go, they kept behind the team non-stop which was pleasing.

"I'm pleased with the lads' character and they got that result at the end, and the fans were as big a part of that as the players were today."