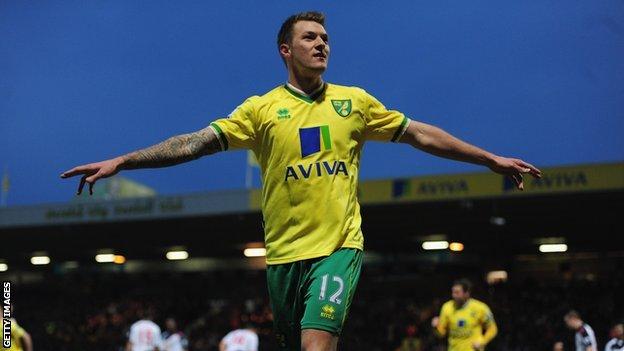 Norwich City midfielder Anthony Pilkington says it was essential his side recovered from their midweek loss to Sunderland by beating Bolton 2-0.

The 23-year-old scored in the weekend victory, which came three days after the 3-0 reverse against the Black Cats.

"We don't want to go to places like Sunderland and get turned over like we did," he told BBC Radio Norfolk.

"We weren't good enough on the night, that showed, and it was all about the response and we got a great one."

He added: "It's a massive result coming off Wednesday, we can bounce on now to the next one."

Norwich, ninth in the Premier League and seventh in the goalscoring charts, were lacklustre at the Stadium of Light, but responded well against Bolton, registering 23 shots on goal.

And the Canaries secured their second clean sheet of the campaign, despite first-half injuries to centre-halves Daniel Ayala and Zak Whitbread.

Full-backs Russell Martin and Kyle Naughton deputised in the middle, while winger Elliott Bennett came off the bench to slot in at right-back.

"He was unbelievable, he was like [former Brazil international] Cafu," said Pilkington.

"With Russell and Kyle at centre-half it was brilliant, everyone mucked in.

"Wherever anyone plays they always give 110% and it's been a great performance today."