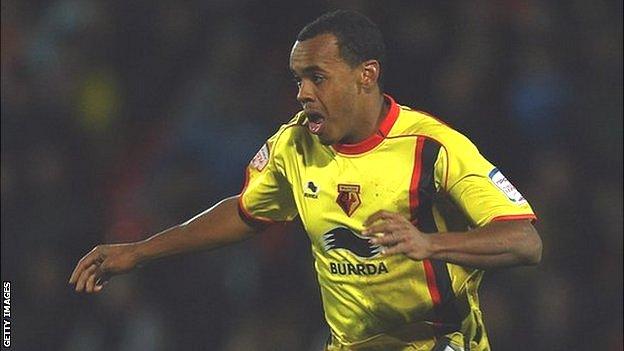 Matty Whichelow is hoping his loan spell at Wycombe can help him break into the Watford team after scoring on his Chairboys debut against Tranmere.

He made the move on transfer deadline day and had a hand in both goals in Saturday's 2-1 win over Tranmere.

"My main aim is to come here and do well and to go back to Watford and cement my place in the team there."

Whichelow, who has made 23 appearances for the Hornets - but only five starts, was already on Wycombe boss Gary Waddock's radar before he scored a hat-trick in the 4-2 reserve-team win over the Chairboys a week before the deadline.

The youngster said: "I was told about the interest from Wycombe and then played them in a reserve game for Watford and scored a hat-trick. I think that put me in the gaffer's mind.

"Hopefully I can play as many games and score as many goals as possible."

Waddock was happy to see Whichelow in a Wycombe jersey: "He played against us [in that reserve game] and reminded us what a good player he is. I was pleased with his contribution.

"His goal was very good. He will grow in confidence. He's a frontman and is here to get games and he scored today. But we'll look at each game individually and see what team we pick for it."

Whichelow, who has already played for Watford and for Exeter on loan this season, has not ruled out extending his one-month loan spell: "That's down to the managers and not me."