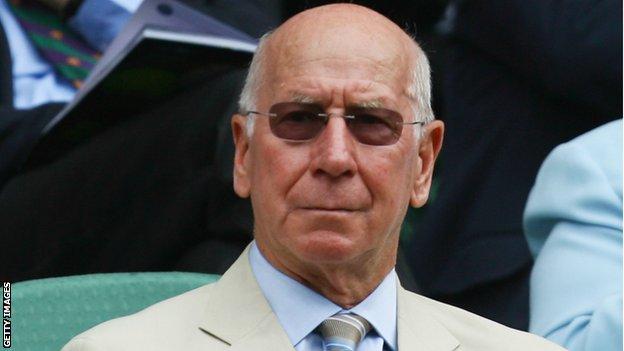 The 74-year-old Manchester United and England legend had been suffering from a gall stone complaint.

"Sir Bobby is fine. But it was felt he should go back to Manchester," he said. "It's an emotional night for Bobby."

Charlton was due to pick up the award 54 years to the day since surviving the 1958 Munich air disaster, which claimed the lives of eight of his United team-mates.

The club's all-time leading goalscorer and most capped international is understood to have first reported the problem on Sunday.

Djokovic, who won the Australian Open last month, outlined his ambition to win all four Grand Slam titles this year.

"I think everything is possible," said Djokovic. "I have to stay optimistic. I have to believe in what I do and believe in my abilities and that I can win on all surfaces.

"Obviously, [the French Open] Roland Garros is the one to win this year. All the Grand Slams and Olympic Games, they are my priorities."

Darren Clarke's Open triumph at the age of 42 was voted Comeback of the Year, while his Northern Ireland compatriot Rory McIlroy's US Open victory earned him the World Breakthrough of the Year award.