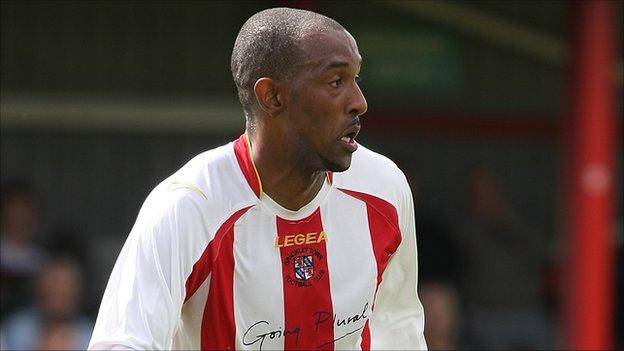 Brit Assombalonga's close-range shot put Braintree ahead, but Almond's free-kick made it 3-3 before Assombalonga was sent off for a second booking.

"We were very pleasing going forward but a couple of their goals were disappointing. It's old-fashioned basic defending and they should have been dealt with better by us.

"We had so many chances in the first half to put the game to bed, some super play and we contested the game and how we came in equal I'm still not sure.

"I felt there were some interesting decisions. The linesmen didn't get involved and certainly didn't work with the referee as they should do.

"We've come out of it feeling like it's a good point against a good side but disappointed that we haven't taken all three. I felt we were comfortable but when you give away silly goals it doesn't help, but the spirit in the camp has been magnificent and they've worn the shirt with pride."

"To have a decision against us right in the last few minutes of the game was a bit disappointing.

"Only one person in the ground thought it wasn't a penalty, and that was the referee. [Assombalonga was shown a second yellow card for diving in the box]

"Their goalkeeper said there was contact, the fourth official said it looked like a penalty. It's just disappointing that it's another result where we've lost [points] off the back of a decision."