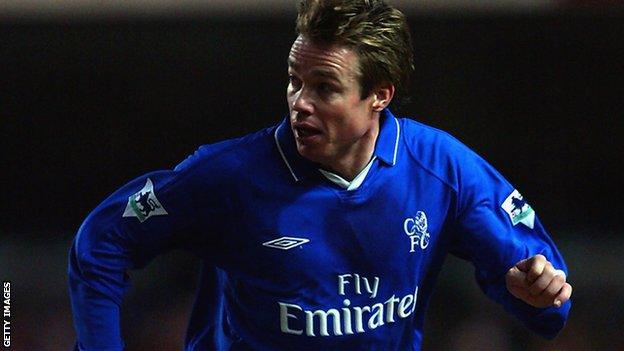 "The important thing isn't whether or not there are gay players in professional football," Le Saux told BBC Radio Jersey.

"The point is that the environment is such that if they are, they feel that they can achieve and the profession will support them," he added.

"At the moment I still don't think that's there.

"I think ultimately it's up to football to really face those demons and actually say 'we're going to stand up for people, whatever their colour, creed or sexuality' and actually give them the opportunity to say 'if I want to be a football player I'm confident enough to try'."

But his desire not to live the archetypal footballer's life led to unfounded accusations that he was gay.

"I think about my football career and maybe some of the negatives, and the one good thing, the one true thing, was that I've always been myself," he said.

"I've always stuck to my principles, I've always stood up and taken what I needed to take emotionally and physically, and not strayed from that.

"So to actually say to someone 'I'd probably just keep your head down' goes against my principles.

"But I think ultimately that was very much the culture of football and even now to an extent."

Le Saux believes the incident strengthened the myth that he was gay.

"It was humiliating on many levels because it was a culmination of many years of abuse that I'd had," he said.

"For an England colleague and a fellow professional footballer to actually endorse with his behaviour rumours that were spread about me was utterly offensive.

"I spoke to Robbie about it afterwards when we met up with England and he never apologised, not even privately."

There are currently no openly gay players in the English professional game.