Every morning for the past fortnight, the same ritual took place inside Southwark Crown Court. A crowd gathered in the corridor and conversation was friendly as journalists and football supporters mingled happily together discussing the sporting topic of the moment.

Then the following happened: a clerk opened the door to the courtroom and the idle chatter and civility immediately ceased. For the next couple of minutes, it was every person for themselves. The mad dash to bag one of the best seats in the house was under way.

The interest in the case was huge but the courtroom was small. A Premier League manager was on daily show in a venue with a capacity that was a fraction of the size of the average ground in the Ryman League One South division.

There was humour. We heard how much Redknapp loved his now deceased pet dog, Rosie, whom he named his Monaco bank account after. We learned that ex-Portsmouth owner Milan Mandaric never wanted to sign Peter Crouch because he thought the giant striker was more like a "basketball player" than a footballer. And everyone in the courtroom had a good chuckle when a mobile phone with the ringtone "Glory, Glory Tottenham Hotspur" went off in the public gallery and briefly halted the trial.

Fun and jokes aside, two men were on trial, fighting for their reputations and ultimately their freedom.

The prosecution's case was not complicated. The allegations dated back to Portsmouth's sale of Crouch to Aston Villa in 2002. Redknapp had just been promoted from director of football to manager. 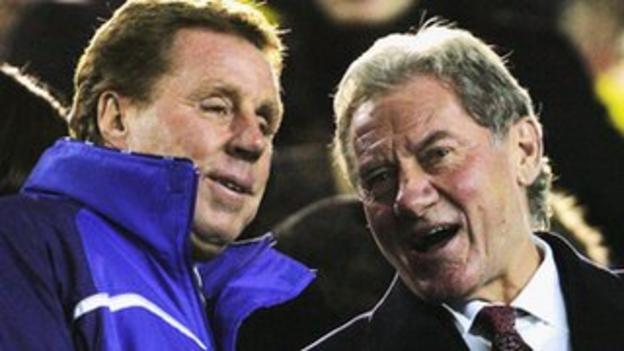 While he was director of football, Redknapp had a clause in his contract which entitled him to 10% of any profits from the sale of a player. That had been reduced to 5% when he became manager. He was only paid 5% of the £3m-plus profit generated by the Crouch transfer but believed he was entitled to 10%. Redknapp made it very clear to Mandaric, the club's owner and chairman, that he was not happy.

The prosecution claimed that Mandaric eventually gave in to Redknapp's demands. But instead of making that extra payment through the normal channels, the club's bank, Mandaric sent his manager off to Monaco for the weekend and persuaded him to open an account there. Around £200,000 was eventually paid into that Monaco account, which is why both Redknapp and Mandaric were charged with not having paid tax on it.

Neither Redknapp nor Mandaric disputed they had argued about the bonus to which Redknapp claimed he was entitled to following the sale of Crouch. They also accepted that an account had been set up in Monaco - Rosie47, named after Redknapp's dog. But both Mandaric and Redknapp told the jury that the money was an investment, not a bonus.

The two men had become close friends and Mandaric, a very successful businessman, had wanted to show his manager how to make his money work more effectively. It was coincidence, they said, that the timing of the investment was close to the sale of Crouch. Redknapp and his wife were free for a couple of days towards the end of the season and had decided to fly to Monaco.

Nobody who sat through all the evidence will be surprised at the jury's verdicts. The prosecution's case appeared to be flimsy at times. In particular, the prosecution never had an answer to a question that Redknapp and Mandaric asked over and over again. Why would two men who had paid so many millions of pounds in taxes over the years try to concoct such an elaborate fiddle in order to save such a relatively small sum of money? After an investigation which lasted nearly five years, both Harry Redknapp and Milan Mandaric have finally cleared their names.