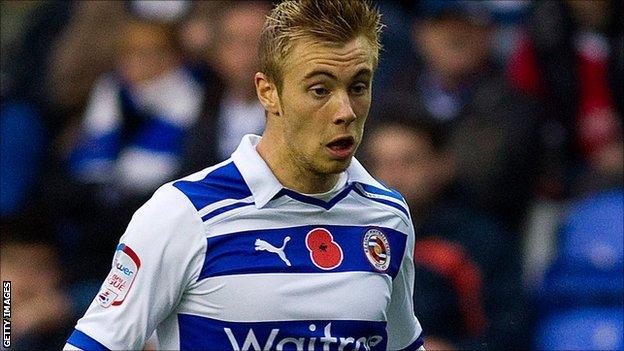 Reading defender Joseph Mills has signed a two-and-a-half-year contract extension to keep him at the Championship club until 2014.

Mills, 22, began his career at Southampton and had loan spells at Scunthorpe and Doncaster before joining the Royals in August last year.

The full-back has played 12 times for the club this season, but injury has restricted his appearances recently.

"It's nice to get it done and dusted," Mills told BBC Radio Berkshire.

"For any player, when your contract is nearing the end it does play on your mind, so it's nice to know I'll be here for a couple of years.

"When I first joined I knew it was only until the end of the season, so I had to work hard and make an impression as quickly as possible and lucky enough I got a good run of games.

"I said from the moment I arrived that the lads made me feel really welcome. I have now moved into the area and I'm very happy to be here," added Mills, who has recently recovered from an ankle injury.

He will be in the squad for Saturday's visit of Championship strugglers Coventry.