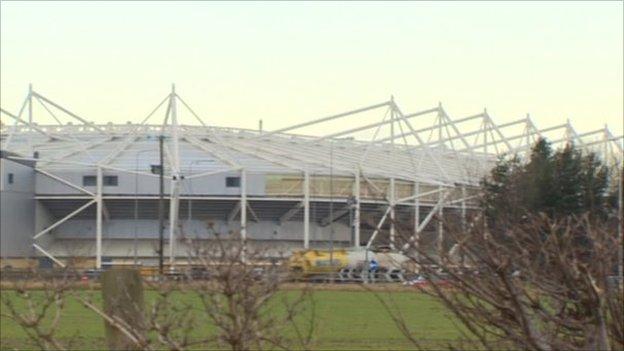 Darlington's future remains unclear after a consortium interested in buying the club withdrew their bid.

Negotiations with administrators broke down, two weeks after the group made their initial interest known.

The decision to pull out leaves the Darlington Supporters United group and a commercial venture based around a snow dome as potential investors.

Fans revealed their plans to raise £250,000 through pledges with help from Supporters Direct on Tuesday.

Meanwhile, the visit of Luton Town on 25 February has been postponed due to the Hatters' FA Trophy commitments.