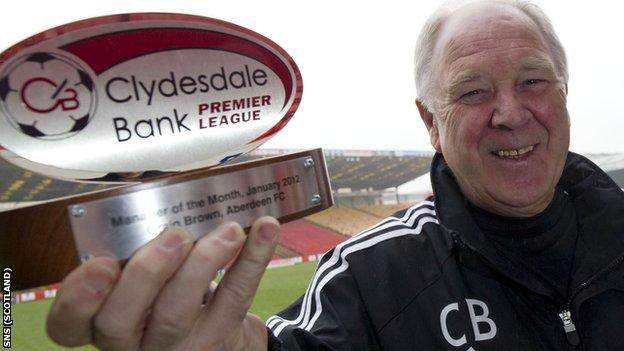 The Dons won two of their four league matches last month and also claimed draws against Kilmarnock at home and Rangers away.

Brown has lifted his side up to sixth in the league after a difficult start to the season when they were struggling near the foot of the table.

The Pittodrie side are also still in the Scottish Cup.

A 1-1 draw with Queen of the South in round five means a replay at Palmerston next week with an away tie against Motherwell the prize for the winners.