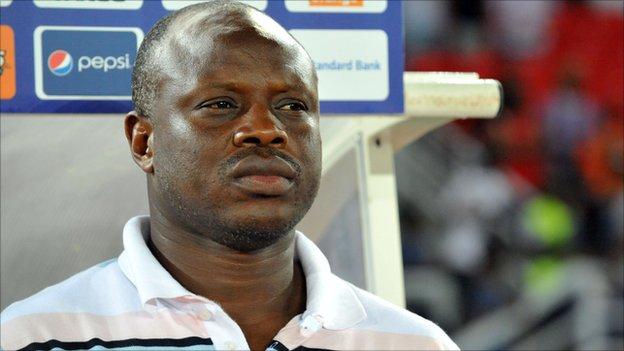 Highly-fancied before the tournament began, the Senegalese lost every game at the finals - including a shock defeat to co-hosts Equatorial Guinea.

"It was a failure and it is the coach's responsibility," said Augustin Senghor, Senegal's Football Federation chief.

"Decisions had to be taken and the executive committee has decided to end its collaboration with the coach."

The Senegalese federation (FSF), following a meeting in Dakar on Tuesday, announced that Traore's back-up staff have also been dismissed.

Traore had insisted he would not resign, having achieved his initial goal of qualifying for the Nations Cup, even if he spectacularly failed to reach his semi-final target.

Olympic coaches Karim Sega Diouf and Aliou Cisse have been asked to take interim control as the Teranga Lions prepare to face South Africa in a Durban friendly on 29 February.

It is unclear whether new coaches will be in place by June, when the West Africans' qualifying campaign for both the 2014 World Cup and 2013 Nations Cup get under way.