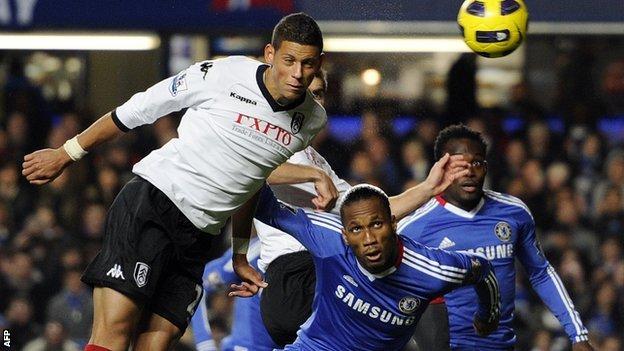 Fulham left-back Matthew Briggs is hoping he can extend his loan spell at Peterborough United until the end of the season.

The 20-year-old joined Posh on a one-month youth loan on Wednesday.

He told BBC Radio Cambridgeshire: "Depending on how it all goes, hopefully we can extend it until the end of the season.

"I hope to help them up the table and play every game so I can return to Fulham as a better player."

The England Under-21 international has already made 14 appearances for the Cottagers this season, although 11 of them have come in the Europa League.

"I want to play regular games," he said. "It's good for experience and fitness.

"I have played in the Europa League but it's better to play in league games - you get more experience."

Briggs, who can also operate in the centre, believes he plays in a similar fashion to Tottenham and Wales winger Gareth Bale: "I play like him. I model my game on him. I love to get forward and defend as well. I'm not bad in the air.

"Football today is all about speed and power and I've got both so hopefully I'll go a long way."

And the former Leyton Orient loanee is looking forward to linking up with Peterborough manager Darren Ferguson.

"I like the way he manages and his coaching style so that was a big factor," Briggs said. "I've seen them play quite a bit on TV and they like to play football, they're a passing side."