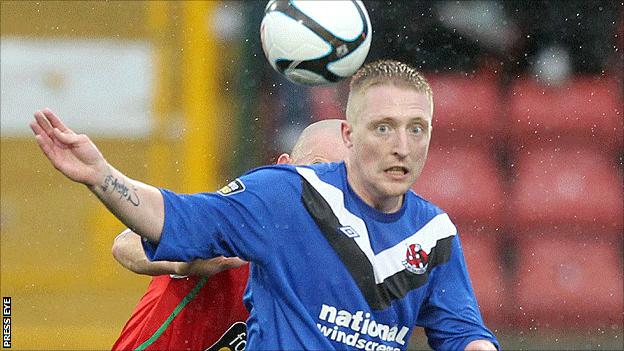 Chris Morrow of Crusaders has been voted the Irish Premiership's player of the month after his man-of-the-match display in January's League Cup final.

The experienced midfielder, who was recently awarded a testimonial season at Seaview, scored the winner in the showpiece game against Coleraine

"It is great to add this award to the trophy," said Morrow

"We had a great month, progressing in the Irish Cup, and staying unbeaten in four league games."

The win over the Bannsiders at Ballymena was Morrow's first final success with the Crues.

"It is hard to believe, but the League Cup is the first final I have won with the Crues," he added.

"We lost the previous four finals I played in, so it was great to get the goal and the medal."

The awards are run by the Northern Ireland Football Writers' Association.