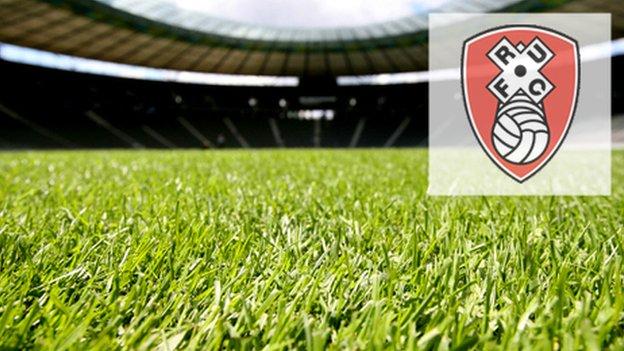 The 27-year-old has been allowed to join the Millers as cover for the injured Gareth Evans.

Harrad has previous League two experience at Burton where he scored 22 goals in his first season in the Football League.

He moved to Northampton in January 2011, scoring 19 goals before joining Bury last August.