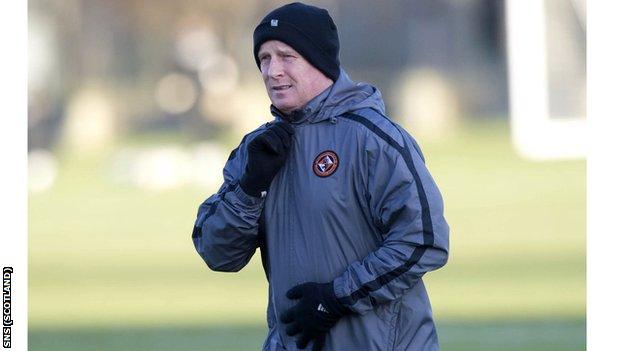 Dundee United have signed the Polish goalkeeper Radoslaw Cierzniak on a pre-contract agreement.

The 28-year-old has signed a two-year deal, with the option of a third.

United manager Peter Houston says the player, who will join up at Tannadice in the summer, impressed during a trial period at the club.

"I liked what I saw of Radoslaw during his time at the club and Steve Banks worked very closely with him for a week," Houston told the club website.

"Steve liked what he saw and confirmed he has all the attributes you look for in a goalkeeper.

"He showed good hands, he was comfortable with the ball at his feet, proved to be a strong communicator and above all looks an excellent shot-stopper.

"It is our belief that he will be a great success here at United and someone our fans will warm to immediately.

"This signing will again show supporters that we are continually trying to look to the future and enhance our squad at all times."

Heading out of Tannadice in the summer, though, is keeper Slovakian Dusan Pernis whose contract expires at the end of the season.

United boss Peter Houston told BBC Scotland: "Dusan has indicated that he'd like to move on and I've no qualms with that. Dusan has been a top performer over the last two-and-a-half years.

"He's been excellent and he feels that he wants to go and try something different.

"We always say that we don't hold people back as long as they're doing the business continually on the park.

"I go back to [Craig] Conway and [Morgaro] Gomis and [Prince] Buaben, they continued to put their foot to the floor for this football club.

"If Dusan does the same, we'll wish him well and wish him good luck if he's going to earn some decent money."