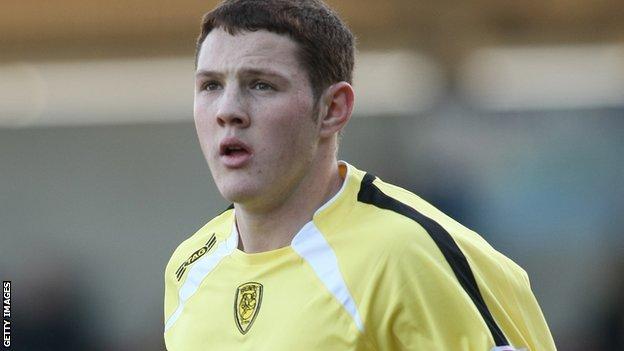 The 20-year-old has yet to make a first-team appearance for the Foxes but has previously had loan spells at Burton Albion and Yeovil Town.

Manager Mark McGhee told the club website: "The injury to Aaron Downes left us with only two experienced centre halves so we wanted to bring someone in to strengthen that position.

"We all believe that he is a great option for us."

Parkes will link up with fellow Leicester academy graduate Cian Bolger, who is on loan at the Memorial Stadium until the end of the season.

"The two have them have developed together at Leicester and get on well, so they will be able to get off to a flying start," added McGhee.

"He is a left sided player, and different from Cian, so that should give us a bit of balance at the back.

"Leicester have said that they see these two as a potential partnership for the future."