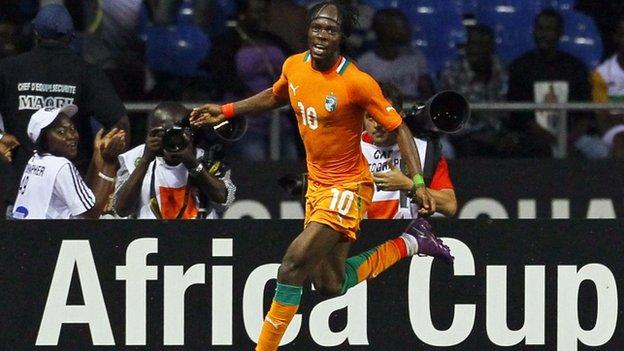 The kick-off time for Sunday's Africa Cup of Nations final has been delayed by a half an hour, due to "technical and logistical reasons".

The final, between Zambia and Ivory Coast in Libreville, had been due to start at 1900 GMT, but has now been pushed back to 1930 GMT.

The Confederation of African Football (Caf) has not given any further explanation for the delay.

The final has yet to sell out, with nearly a third of tickets available.

Organisers said on Wednesday that 70% of tickets have sold out for the showpiece event in the Gabonese capital on Sunday.

Zambia will contest their third final, at the Stade de l'Amitie, as they seek to win their first Nations Cup title.

Ivory Coast will be seeking their second continental title, 20 years after their last triumph against Ghana.

The two teams set up their final showdown, after the Chipolopolo beat fancied Ghana 1-0 in Bata, and the Ivorians defeated Mali 1-0 in Libreville on Wednesday.