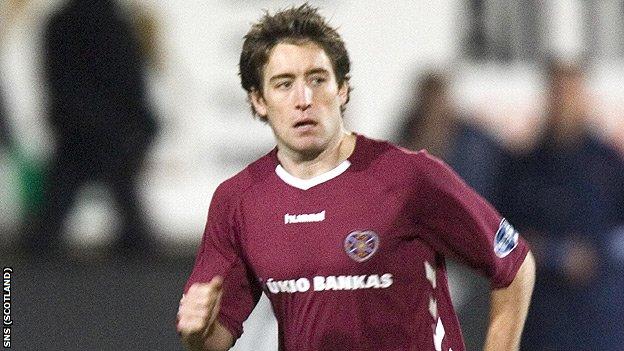 Kilmarnock have completed the signing of midfielder Lee Johnson on a two-and-half-year deal.

The 30-year-old, who was a free agent, has received international clearance and will be in the squad to play former club Hearts on Saturday.

"He is our type of player, he will help create chances for the team," said manager Kenny Shiels.

Johnson was released by Bristol City on 31 January after five-and-a-half years at Ashton Gate.

During that period he had spells on loan to Derby County and Chesterfield.

The midfielder made only four starts for Hearts during his previous time in Scottish football.

Johnson was signed by Graham Rix in January 2006 and he made his Hearts debut in a 4-1 victory over Hibs in the Edinburgh derby.

However, Rix was sacked two months after Johnson joined the Tynecastle club and he only made one appearance after the manager's departure.

In August 2006 he joined Bristol City, who at the time, were managed by his father, Gary.

The Killie boss rates Johnson very highly and sees him as a key ingredient in helping realise his ambitions for the Ayrshire club.

"I know of him from when he played in the Championship," said Shiels prior to completing the deal.

"He's a player who receives the ball well and passes it well.

"He's intelligent, creative, very small and one of those that gets in and around the opponents and fits into our style of play."