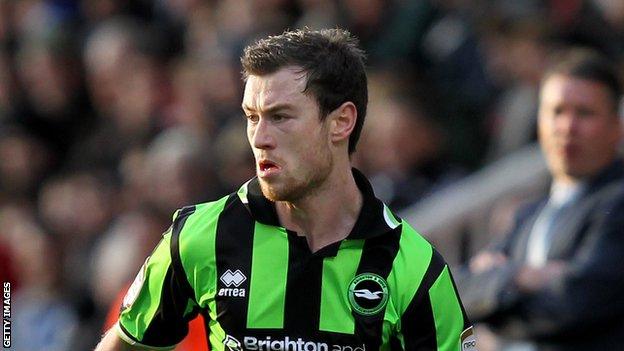 The Scotland international, who joined the Seagulls from Peterborough last summer, has not found the back of the net in his last 12 games.

Barnes, 22, told BBC Sussex: "We all want to score as strikers. You always feel for someone if they don't score - it's heartbreaking really.

"You try and help them in every way. It will come, there's no doubt about it."

Barnes himself suffered a similar run earlier this season, going 16 matches without scoring until heading in the equaliser in the FA Cup third round replay at Wrexham.

The former Plymouth forward is the club's top scorer this season with nine goals, five of which have come from the penalty spot.

"I started the season well but went through a little stage not doing to well," he added.

"But I think I'm back to my form and doing well again lately.

"I want more goals and more in general play, rather than the penalty spot."