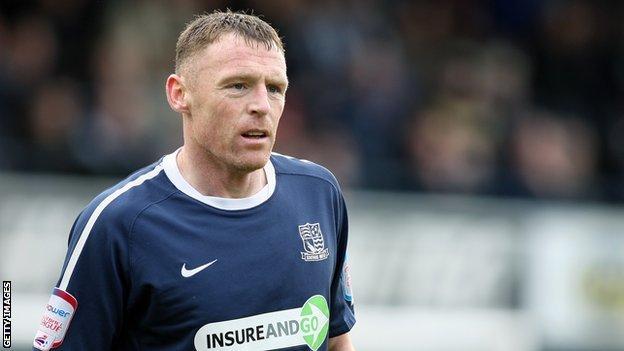 Southend player-coach Graham Coughlan says that he finds it frustrating not to be in the first team anymore.

The 37-year-old has played just four minutes since August as he concentrates on his coaching responsibilities.

He told BBC Essex: "I wish I was still playing to be honest. If I was able to pick the team, I would put Graham Coughlan in the team.

"I love football. If I'm not on the sidelines, I'm out on the grass, even running around with the kids."

He continued: "I'm feeling it. It is hurting that I can't play and I'm not involved.

"On the sidelines, the last three games hurt me. I want to win every game - that winning mentality will never leave you. I'm a competitor, a battler. That's the way I will always be.

"I'm ready, willing and able to do whatever the manager asks me to."