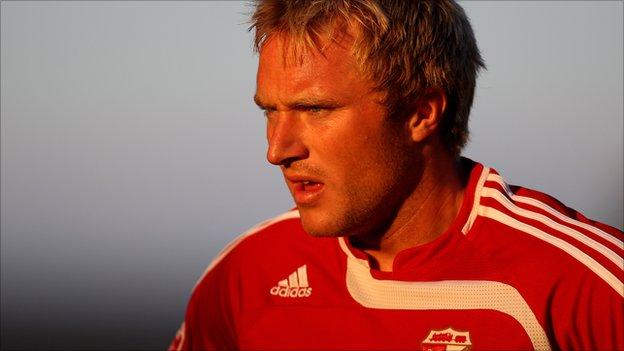 Gateshead have added former Newcastle United and Hibernian winger Alan O'Brien to their squad on a deal until the end of the season.

The 26-year-old joined Yeovil Town in August but was limited to 15 appearances in five months at Huish Park before his release in January.

"I am delighted to finally get him on board," boss Ian Bogie said.

"O'Brien is a player who I have tried to bring to the club in the past. He will give us pace out wide."

Dublin-born, the Republic of Ireland international began his career with Newcastle and made five appearances before spells at Hibernian, Swindon and Yeovil.