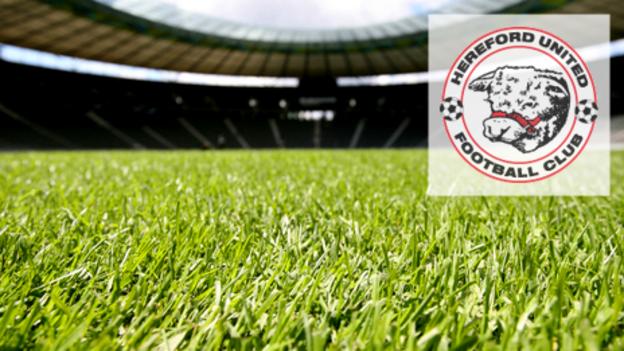 Hereford United have brought in Bournemouth striker Lyle Taylor on an initial month's loan in an effort to boost their goal return.

The United manager Jamie Pitman told BBC Hereford and Worcester he has been tracking the 21-year-old for some time.

"We've seen him and we have done our research on him and he is someone who has scored goals at lower levels.

"Bournemouth took a punt on him and he has scored goals for them in pre-season and in their reserve team."

The former Millwall man joined Bournemouth from non-league Concord Rangers, for whom he scored 34 goals in 42 appearances, in August 2010.

He has since made 10 first-team appearances for the Cherries, but has found his opportunities limited of late - a key factor in his loan move to Edgar Street.

"Lyle is going to come in and, while he is certainly a gamble, we hope he enjoys his football and scores some goals for us," Pitman added,

"That is certainly something we are missing at the moment - but Tom Barkhuizen was also a gamble and that worked out well for us."