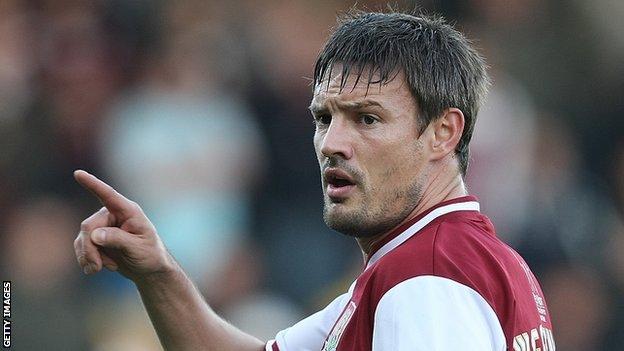 Kettering Town caretaker manager Ashley Westwood has admitted that the players have not been paid again this month.

The financially-hit club deferred a winding-up petition this week but the club still owes football creditors, including the players.

"The pay day is normally the fifth and as of yet they haven't been paid so they are still waiting," Westwood told BBC Radio Northampton.

"I'm not getting paid. I'm in the same boat as the lads."

He added: "If I'm honest, if I was getting paid and the lads weren't then that would be wrong.

"We all want to get paid but I don't want to be treated differently to anyone else at the club because that would be unfair."

Defenders Jerel Ifil and Jimmy Sangare will be available to play against Telford this weekend after they withdrew their cancellation notices on their Kettering contracts.