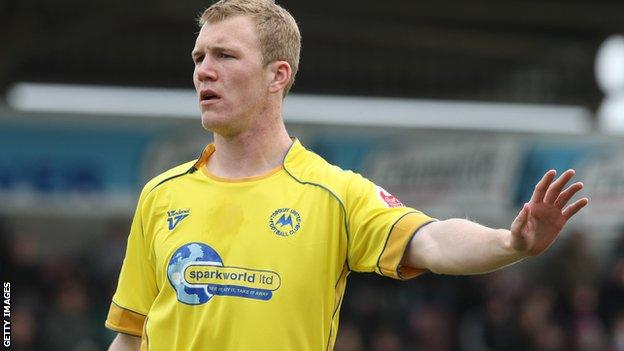 Torquay boss Martin Ling is hopeful that centre-back Mark Ellis will sign a new deal within the next week.

Ellis, 23, is out of contract in the summer and has said he is keen to discuss a new deal at Plainmoor.

"We've put a proposal together for his agent to have a look over," Ling said.

Ling told BBC Radio Devon: "I don't get a feel that Mark wants to leave this football club.

"It's just a case of us getting to the nitty gritty which has only started now.

"What tends to happen in these situations is they come back with a proposal and we meet somewhere in the middle."

Kingsbridge-born Ellis started his career as a trainee at Bolton Wanderers before moving to Torquay, initially on loan, in September 2007.

He has played 20 times for the League Two side this season and has been an ever-present in the team which has won 11 of its last 14 league games.

He has also scored three times in the Gulls last four matches, heading winners against Northampton and and opening the scoring in the 2-1 win at Morecambe.