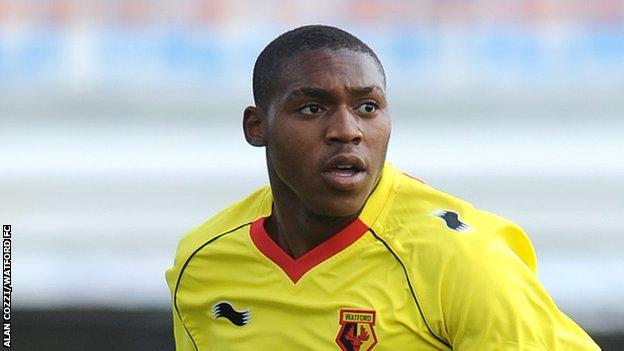 The 19-year-old has just signed a contract extension until 2013 with the Championship club.

He told the Watford website: "The coaches at Watford tell me to keep pushing on, which is what I'm going to try and do at Braintree."

Assombalonga recently had a loan spell at Wealdstone, where he scored 11 goals in 16 appearances.

The teenager has joined Braintree until 10 March, but will have to wait to make his debut as The Iron's home match with Southport on Saturday has been postponed.