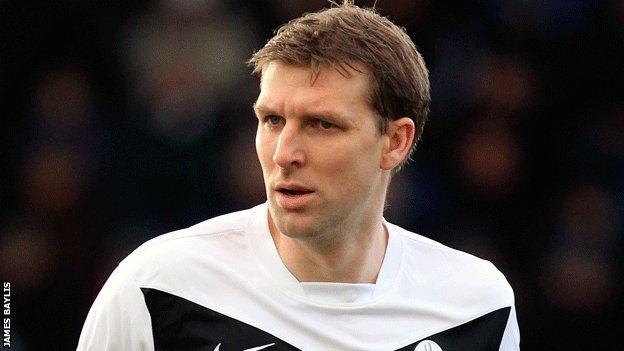 AFC Telford United are keen to extend defender Ben Futcher's loan from League One side Bury until the end of the season.

The 30 year-old joined the Bucks in January after falling down the pecking order at Gigg Lane.

"As far as I'm concerned, he's been a really good addition to the squad and I'm looking to push something through."

Futcher's loan expires on 18 February, but he will be available to play against Braintree Town at the Bucks Head.