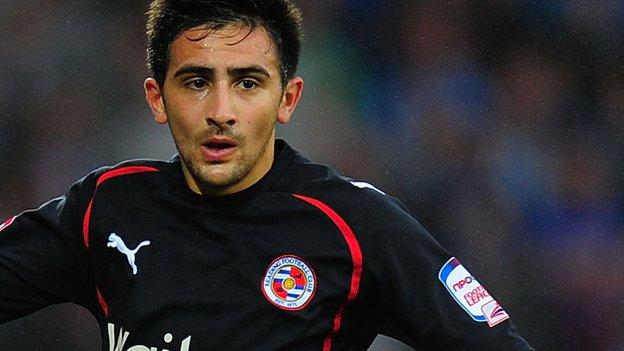 Roberts, 34, arrived from Blackburn for an undisclosed fee on an 18-month contract in the January transfer window and scored on his debut.

"He's been around, seen everything and done everything," Karacan told BBC Radio Berkshire.

"He's given everyone a boost with the quality he brings to the team."

The 22-year-old says Roberts is the type of player they want to face next season.

"We want to be playing with players of his quality week in, week out in the Premier League next year. So he's a great guy to have around the place," he added.