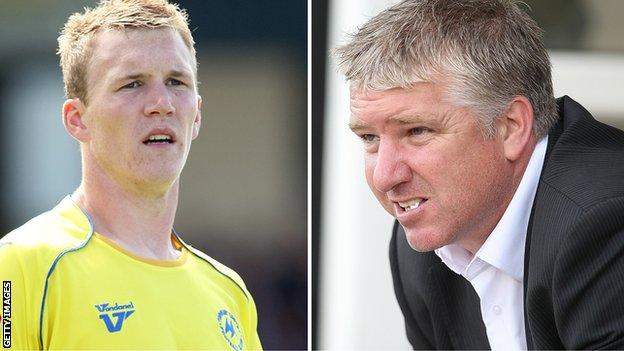 Torquay United manager Martin Ling has won January's League Two manager of the month award, while Mark Ellis has been named player of the month.

The Gulls won all five of their games in January, with centre-back Ellis scoring in four of them.

Ling was quick to praise the efforts of his backroom team.

"My name will be on the award but the players and four staff members of our management team deserve just as much praise," he said.

"If I could split the award into six pieces, I would.

"One piece would go to the players and the other four to Lee Dunn (video analyst), Ken Veysey (coach), Damian Davey (physio), Shaun Taylor (assistant manager) and I'll have a little bit myself.

"A manager is only as good as his management team because you need the support structure around you."

The Gulls are currently in talks over a new contract with Ellis.

The 23-year-old's deal runs out in the summer but he is hoping he can come to a new arrangement to stay at Plainmoor.

"It is an exceptional award for Mark and one that he fully deserves," said Ling.

"He is a wholehearted player and showed tremendous patience at the start of the year.

"He's been a revelation since he came back in the team and has added goalscoring in recent times, which I'm sure has helped him to get the award."