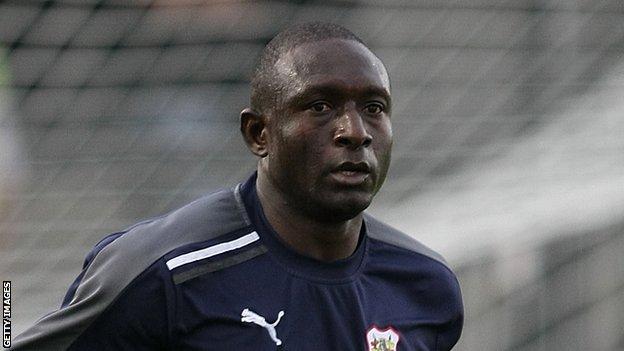 Guy Madjo believes Aldershot Town have regained their confidence after ending their poor run in front of goal.

The 27-year-old striker told BBC Surrey: "After a draw and a win, we're going in the right direction.

"We scored two goals, which had been a nightmare for us in a few games. It builds up our confidence that we can score goals. The belief is back."

Madjo has not scored in his two appearances since his January move from Stevenage, but he is content to wait a bit longer as long as the side is successful.

"The most important thing is to win," the Cameroonian added. "It's not about who is scoring the goals.

"But I have to make sure I show what I can do on the pitch."