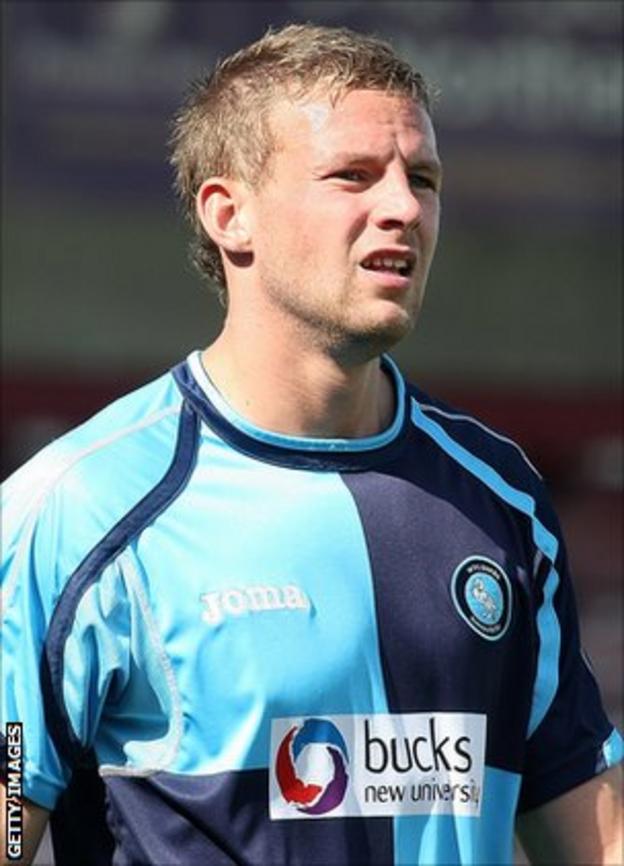 James Tunnicliffe has admitted that homesickness was the main reason behind his loan move from Wycombe to Crewe.

The 23-year-old told BBC Radio Stoke: "I've been very unhappy off the field and I felt the best thing for me was to move back home and settle down.

"When the call came from Crewe, I didn't have to think twice."

The Manchester-born defender will have to wait for his Crewe as Saturday's game at Port Vale has been postponed.

The pitch at Vale Park is frozen and the local derby has now been rearranged for Tuesday, 28 February.

Tunnicliffe has played 20 times for Wycombe since his move to Adams Park at the start of the season.

However, he has not played since the start of January and, after admitting that his form dipped as a result of his struggle to settle in the area, he hopes the loan move to Gresty Road will re-ignite his career.

"Living down there on my own, it gets quite lonely," said Tunnicliffe, who began his career at Stockport. "Especially when things aren't going well, it makes it even more difficult.

"But when you've got your family around you and you're at a good club with good coaches, it's only going to help."

Meanwhile, Crewe have missed out on the signing of experienced left-back Tom Williams.

Manager Steve Davis had hoped to add the 31-year-old former QPR and Peterborough man, who is currently a free agent, to his squad.

"We've been very frustrated with the left-back position," said Davis. "Tom Williams isn't going to come, he's made that decision and that's fine."